The Medicaid program, a public insurance program serving approximately 66 million low-income Americans, is at risk for losing participating providers who claim they are not being compensated fairly for their services. On January 19, 2015, the Supreme Court heard arguments in Armstrong v. Exceptional Child Center, a case that could impact the rights of healthcare providers to sue states for higher Medicaid payments. Five private companies brought suit against the director of Idaho’s health department, arguing that the state unfairly reimbursed them at rates set in 2006, despite the fact that higher rates have since been approved by the Centers for Medicare and Medicaid Services (“CMS”).

Federal law provides that state Medicaid programs must ensure payments are “sufficient to enlist enough providers,” but states have discretion to decide what that means. 42 U.S.C. § 1396a(a)(30)(A) (the “Medicaid Statute”).  Central to this case is whether providers have a cause of action that allows them to seek enforcement of a federal statute. Read More › 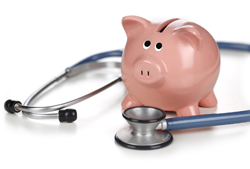 On May 7, 2014, the Centers for Medicare and Medicaid Services (“CMS”) issued a Final Rule to reform Medicare regulations identified as “unnecessary, obsolete, counterproductive or excessively burdensome” to hospitals and other health care providers. The changes are part of the Obama administration’s “regulatory lookback” in connection with Executive Order 13563, “Improving Regulation and Regulatory Review.” The Final Rule makes a number of clarifications and revisions to policies set forth in both the May 16, 2012 final rule and the February 7, 2013, proposed rule. CMS estimates the reforms could save providers nearly $660 million annually and $3.2 billion over five years.

Below is a brief summary that highlights some of the issues CMS is attempting to address. Please refer to the Final Rule, or contact us, to explore the full extent of the changes in more detail. Read More ›

Members of the Foster Swift Health Care Law Practice Group attended the Annual Meeting of the State Bar of Michigan's Health Care Law Section on Wednesday, September 21, 2011.  A highlight of the day was when Gary McRay was inaugurated to the Health Care Law Section's first Class of Fellows.  The Class of Fellows recognizes distinguished practitioners for their professional contributions and dedication to the practice of health care law.  McRay was one of only 10 attorneys inducted as a Fellow.  Grateful to receive such an honor, McRay expressed that he "would like to thank the State Bar of Michigan for the award" and noted that he was "honored to be included with the other lawyers in the first class of fellows." Read More ›

The latest edition of the Foster Swift Health Care Law Newsletter has just been released.  Topics include Electronic Health Records, Medicare Reimbursement for Resident Research and Hospital Community Needs Assessments.  In order to whet your appetite, below is a brief summary of the articles: Read More ›

The 2010 health reform act, the Patient Protection and Affordable Care Act ("PPACA"), provides for the creation of health insurance "exchanges." Exchanges are programs designed to make it easier for eligible consumers and small businesses to compare and purchase health insurance coverage in a one-stop shopping format.  An Exchange is essentially a set of state regulated and standardized private health care plans, from which individuals may purchase health insurance that is eligible for federal subsidies. States choosing to create Exchanges are required to have them up and running by 2014. Read More ›