On January 30, 2013, the Departments of Treasury, Labor, and Health and Human Services (collectively, the “Departments”) jointly released proposed rules related to the coverage of preventive services under the Patient Protection and Affordable Care Act (“PPACA”).  When initially enacted, PPACA required certain health plans to provide benefits for particular preventive health services, including coverage of contraceptives, without the imposition of cost sharing measures (i.e., individuals covered by the plan would not be required to pay anything for the services).  This coverage requirement became effective on the first day of the plan year that followed August 1, 2012.  For calendar year plans, the effective date was January 1, 2013. Read More ›

On February 11, 2013, the Departments of Justice and Health and Human Services jointly released a report stating that the government recovered $4.2 billion in fiscal year 2012 and for every dollar spent on health care-related fraud and abuse investigations in the last three years, the government recovered $7.90. The report indicates that this is the highest 3-year average return on investment in the 16 year history of the Health Care Fraud and Abuse program. The Health Care Fraud Prevention and Enforcement Action Team (“HEAT”), which has operations in Detroit, was instrumental in this recovery effort. Read More › 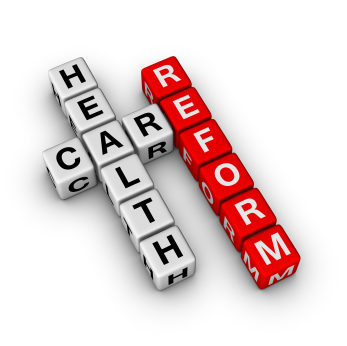 Governor Rick Snyder announced that his 2014 budget includes support for the expansion of Medicaid eligibility to Michigan residents without insurance. Speaking at a press conference in Lansing on Wednesday, February 6th, Governor Snyder said expansion would save costs, increase care, and help businesses. Read more about the expansion ›

As previously discussed, the Patient Protection and Affordable Care Act requires employers to provide notice to their employees related to Health Insurance Exchanges (the “Notice”). The specifics concerning the Notice may be found here. The Notice was required to be given to each current employee not later than March 1, 2013. Read more about the delay ›