The current issue of AHLA Connections, which is published by the American Health Lawyers Association (AHLA), features a list of the top ten issues affecting the health law field in 2012.  The AHLA Connections “hot topic” list includes issues that our clients are raising with us.  We have covered several of these topics in previous newsletters and blogs and we plan to discuss more in the upcoming months.

Recap from the Health Law Institute 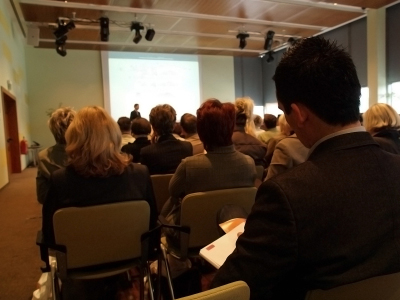 The Office of Inspector General ("OIG") for the Department of Health and Human Services recently issued an alert, which warned that “physicians who reassign their right to bill the Medicare program and receive Medicare payments by executing the CMS-855R application may be liable for false claims submitted by entities to which they reassigned their Medicare benefits.”  The OIG stressed that physicians remain liable for claims submitted using their provider numbers, even when the claims for services are submitted by another party under a contractual arrangement.  The potential for liability also exists for other types of practitioners who enter into reassignment agreements. Read More ›

In late 2011, the Supreme Court of the United States announced that it would take up four issues regarding the Patient Protection and Affordable Care Act ("PPACA").  The Court is expected to hear oral arguments in late March of 2012 and provide a decision in June of 2012.

Three of the four issues to be reviewed by the Court center around PPACA's Individual Mandate.  The Individual Mandate (also known as the minimum coverage provision) requires that, beginning in 2014, individuals who fail to maintain a minimum level of health insurance coverage for themselves and their dependents pay a penalty, calculated in part on the basis of the individual's household income as reported on the individual's federal income tax return.  This is likely the most controversial provision of PPACA.

The four issues to be considered by the Court are as follows: Read More ›