On August 5, 2014, the Michigan Supreme Court (the "Court") declined to reconsider its decision to reject two class actions and a qui tam action against CVS Caremark Corporation, Rite Aid of Michigan, Inc., and several other pharmacies. The lawsuits were based on allegations that the companies had overcharged Medicaid for generic prescription drugs.

The underlying case was argued before the Court on January 16, 2014, and the Court ruled against the plaintiffs on June 11, 2014. The plaintiffs argued that the pharmacies violated Michigan Public Health Code, MCL 333.17755(2), which requires a pharmacist to “pass on the savings in cost” when dispensing a generic drug instead of a brand name drug. Read More › 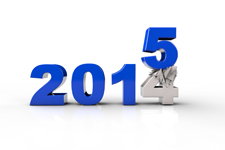 The Centers for Medicare & Medicaid Services ("CMS") recently announced proposed changes to the Medicare home health prospective payment system (“PPS”) for the 2015 calendar year. CMS is proposing to tighten eligibility requirements for home health services and set a minimum requirement on Home Health Agencies ("HHAs") to prove their effectiveness, as well as revise how much CMS will pay for certain services. These proposed changes are expected to reduce Medicare payments to HHAs by $58 million next year alone, a reduction of .30 percent.

The proposed changes include the following: Read More ›

The Office of the Inspector General for the United States Department of Health and Human Services (the “OIG”) recently issued a Special Fraud Alert regarding laboratory payments to referring physicians (the “Alert”). The Alert relates to two types of compensation arrangements - Specimen Processing Arrangements and Registry Arrangements - between clinical laboratories and physicians who order clinical laboratory tests that the OIG believes present a substantial risk of fraud and abuse under the federal anti-kickback statute. Read More ›

The United States Court of Appeals for the Sixth Circuit has upheld Michigan’s tax on paid health care claims in an opinion published on August 4.  The decision has very significant implications for the State of Michigan, which uses the revenues to partially fund the Medicaid program, and for employers, group health plans, and third-party administrators, which are subject to the tax. Read More ›