On Feb. 4, 2014, new legislation took effect amending Michigan's Do-Not-Resuscitate Procedure Act (the "Act").The Act allows a guardian, who has the power under Michigan’s guardianship laws, to consent to a do-not-resuscitate order (“DNR Order”) on behalf of a legally incapacitated person under certain conditions. This power does not extend to a guardian ad litem.

In 1996, Michigan passed the Act, which permits a competent adult or his or her patient advocate to sign a DNR Order instructing emergency personnel not to perform potentially life-saving procedures in the event of the cessation of respiration and circulation. However, the Act did not give express authority to a guardian acting on behalf of an individual to authorize a DNR Order. Read More ›

Any disciplinary sanction against a health professional’s license can have serious collateral consequences, such as termination from provider networks, loss of malpractice insurance or substantially increased rates, medical staff investigations and proceedings, adverse employment actions, and reports to the National Practitioner Data Bank. A recent Michigan Court of Appeals decision highlights an added risk that many health professionals and their attorneys may not have known. A relatively minor licensing sanction was used, with devastating effect, as evidence in an unrelated malpractice action.

A dentist was sued for malpractice following a root canal procedure in Holder v Schwarcz. The jury awarded $67,500 in damages and the trial court granted $151,555 in case evaluation sanctions. The dentist had been involved in an unrelated licensing investigation relating to root canals for another patient. The licensing action was resolved through a consent order. In a consent order, a health professional does not admit any allegations in the licensing complaint, but agrees that the board’s disciplinary subcommittee may treat them as true and enter a sanction for violating the Public Health Code. The sanction imposed against the dentist in the licensing action included probation for one year, a requirement for ten hours of continuing education, and a $5,000 fine. The sanction was fairly typical for a licensing case alleging negligent care. Read More › 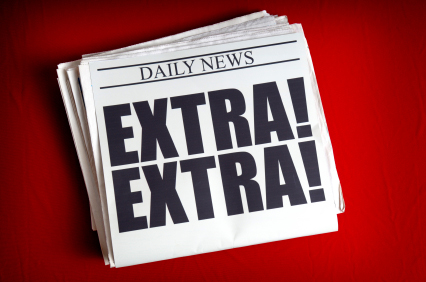 On Feb. 12, 2014, the U.S. Department of Treasury and the Internal Revenue Service published final rules (the “Final Rules”) related to the Employer Shared Responsibility provisions of the Patient Protection and Affordable Care Act (“PPACA”). The Employer Shared Responsibility provisions, referred to as the “Employer Mandate,” generally require certain employers to offer minimum essential health care coverage to their full-time employees or face penalties. The Employer Mandate was originally scheduled to become effective on Jan. 1, 2014 but was delayed until Jan. 1, 2015.