With the HIPAA changes taking effect in September of 2013, many health care providers are scrambling to update notices and policies to become compliant. One such notice that needs to be updated is the Notice of Privacy Practices. Read More ›

The Michigan Health Insurance Marketplace: How did the Rollout Go?

Technical glitches. Partisan rancor. Breathless media coverage. The rollout of the online Health Insurance Marketplaces (also known as Exchanges) did not lack for drama or controversy. The unveiling of the Marketplaces, one of the key elements of the Patient Protection and Affordable Care Act, was perhaps the most anticipated and controversial website launch in history. The website www.healthcare.gov was flooded with traffic from the moment it opened on October 1, 2013 and many interested consumers ran into trouble. While most of the extensive media coverage of the Marketplaces focused on problems nationally, we wanted to take a look at how Michigan’s Marketplace (and consumers) fared. Read More ›

On September 23, 2013, the U.S. Food and Drug Administration (FDA) issued final guidance governing the development of mobile medical apps. The FDA will focus its oversight on apps that it deems potentially harmful to consumers if they do not function properly. This, therefore, largely excludes the majority of medically-oriented mobile apps currently on the market as they pose minimal risk to consumers. Read More ›

An October 1, 2013 deadline is looming for many employers to give employees written notices under the Patient Protection and Affordable Care Act (PPACA, commonly known as the health care reform act.) Read More ›

The Michigan Medicaid expansion saga has seemingly come to an end, as the Republican-led state Senate narrowly approved Medicaid expansion on Tuesday, August 27 in a 20-18 vote. Eight Republicans joined 12 Democrats to pass a bill that will bring billions of dollars in federal dollars to Michigan to implement a major element of the Patient Protection and Affordable Care Act. Under this bill, approximately 400,000 additional Michigan residents will be eligible for Medicaid coverage.

The vote came after lengthy debate in the Senate on the measure, and passed after "eleventh hour" legislative maneuvering. The Michigan House, which previously passed a Medicaid expansion bill, will likely approve the Senate version of the bill next week. If passed, it will be sent to Governor Snyder's desk for his signature. 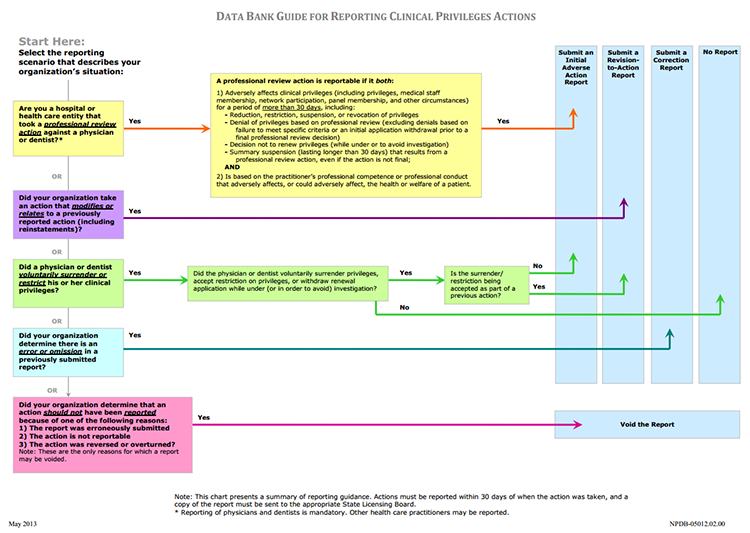 The guide (We have identified that the following link is no longer active, and it has been removed) lists several “reporting scenarios” and indicates the type of report that may be required (initial adverse action report, revision-to-action report, correction report, or no report). The guide also summarizes the reasons for voiding a previous report (report was erroneously submitted, action was not reportable, or action was reversed or overturned).

The guide is a helpful starting point for a hospital or health care entity that is involved in a privileging action. However, the scope and timing of reporting requirements under the NPDB regulations can be quite complex. Considering the very serious implications from reporting—or not reporting—an adverse privileging action, it would be prudent to only use the guide as a quick reference and not as a decision-making tool.

If you have any questions about the guide, please contact Richard Kraus at 517.371.8104 or by using the email form below.

So far, July has been a busy month for health care fraud enforcement across the country.

On July 18, Divyesh Patel, owner of Alpine Nursing Care Inc. in North Randall, Ohio, was sentenced to two years in prison after pleading guilty to one count of conspiracy to commit health care fraud and four counts of health care fraud. Patel was also ordered to pay total restitution of $1,939,864 to the Medicaid Program in Ohio. According to court documents, Patel hired Belita Mable Bush as the office manager despite knowing that Bush had been convicted of a health care-related felony and excluded from involvement in billing federal health care programs. From June 1, 2006 to October 18, 2009, Patel conspired with Bush to defraud Medicaid by billing for services that had never been performed or that had been performed by excluded individuals. The conspiracy resulted in losses of approximately $1.9 million to the Medicare and Medicaid programs. Bush was convicted on similar charges and will be sentenced next month. Read about more cases ›

According to a recent Modern Healthcare article, up to 9 of the 32 Pioneer Accountable Care Organizations ("ACOs") may be leaving the program. Four have already notified providers of such withdrawal. Of the 9, 4 of the departing ACOs tentatively say they will be joining Medicare's lower- risk ACO alternative – the Medicare shared savings program. The deadline for deciding whether or not to remain in the Pioneer program is July 31, 2013. Read More ›