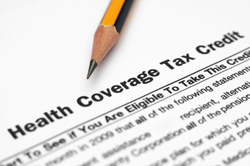 In a recently released 26 page report the Department of Health and Human Services revealed that federal subsidies cover 76 percent of premiums for those who have signed up for coverage under the Affordable Care Act in the 36 federally administered markets. According to the Los Angeles Times, the total cost of subsidies could exceed $16.5 billion this year, which is significantly higher than the $10 billion cost that the Congressional Budget Office projected earlier this year.

While the extent of the subsidies appears to be the issue generating the most interest, the report more broadly addresses premiums, competition, and choice among plans in the insurance marketplace. It specifically notes the items mentioned below:

Michigan residents paid on average $97 per month on premiums of $342, a 72 percent reduction in premium after tax credits.

For more information on the Affordable Care Act, please contact one of the Foster Swift healthcare experts.